Sanitation workers eat eggs for the blind, and good deeds are rewarded

The recent incident on the streets of zhengzhou has attracted a lot of netizens' enthusiasm for thumb up.An aunt in a Reflective Vest gave her breakfast to the blind, and she peeled the eggs and put them in his mouth. The beggars thanked them on their knees.By travel and one foundation jointly launched the "positive energy" on the way of public welfare projects also contacted the aunt the workers, and presented the good man with a $5000 public welfare bounty, call for extraordinary kindness city full of love.

The sanitation worker is named jiao yuqin, 62 years old.He and his wife are all sanitation workers, and their daily work is to wear the overalls with reflective ribbon to clean the surface of the golden waterway.On the morning of the third of July, as usual, she was cleaning the rubbish of the road, when he came upon a blind beggar, who looked shabby, and had not eaten for a long time.After learning that the beggar had not eaten, he peeled an egg and fed it to him. When the old man ate the egg, he knelt down on the ground and kowtowed thanks.After an interview with the sanitation worker, she said, "he came out begging, or the old man, I don't have it easy."This simple sentence reveals the unadorned kindness of the sanitation worker aunt.

These lovely people of good each day is a day to wear orange overalls with reflective material has been silently guarding the city clean and tidy, hope everyone can take good care of them to protect the clean and tidy, do a civilized citizen, civilized travel. 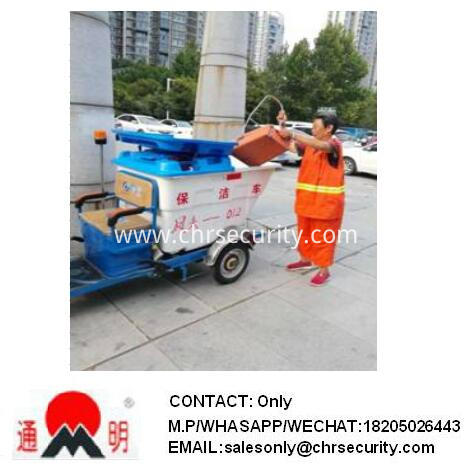 Share to:
Next: Simple reflective waistcoat safety need not worry
Communicate with Supplier?Supplier

Ms. Only
What can I do for you?
Contact Supplier